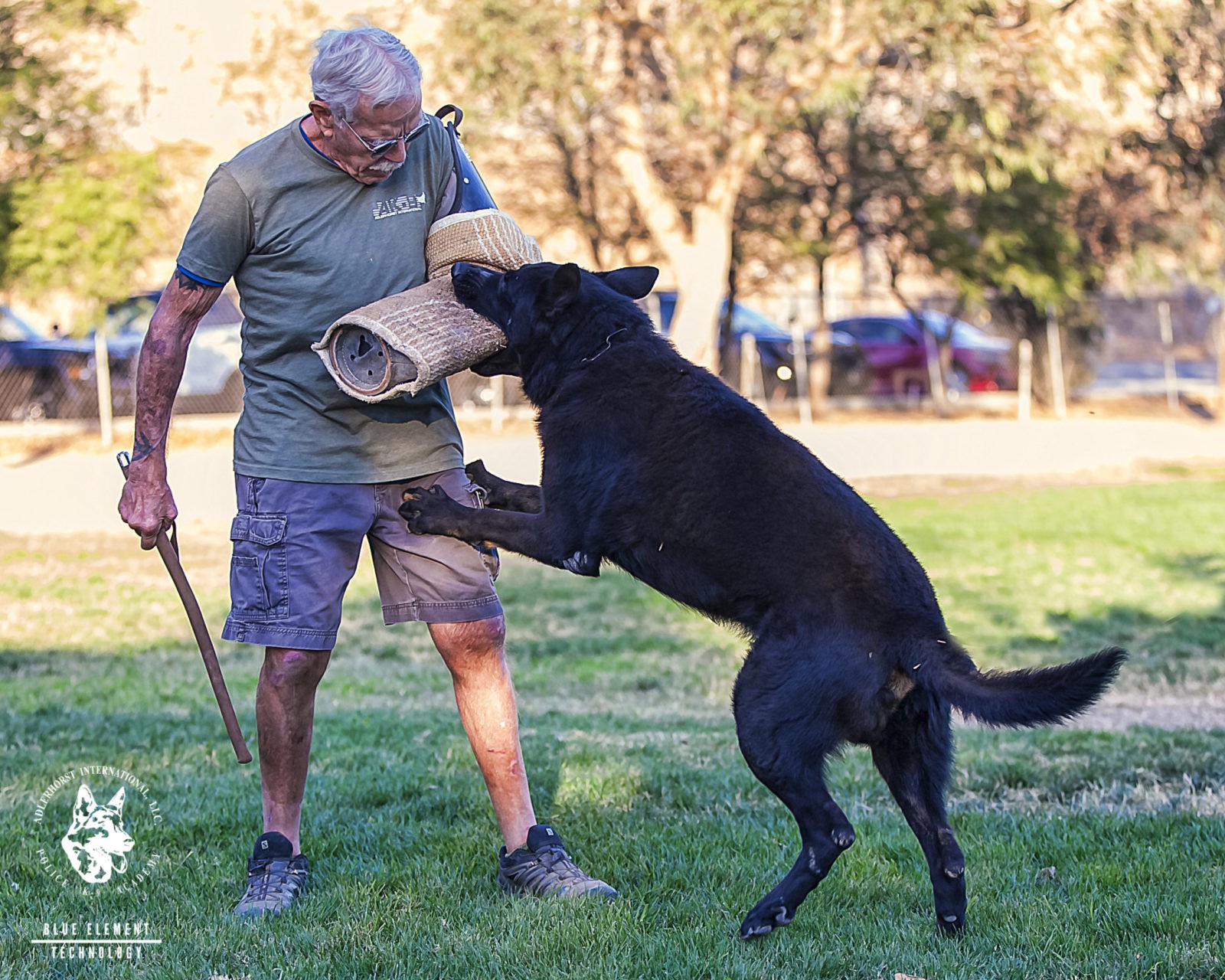 The new generation of Police Dogs in the Western States started in the mid 1970’s. During this period much has changed in the procurement, training, certifying and ongoing training concepts.
Prior to 1975 the primary source for service dogs, both police & military, were people’s back yards. For the most part these dogs could be considered societal misfits. Many had a history of escaping, being unduly aggressive, or simply too much to handle. Prior training in these dogs was rare.

During the mid 1970’s the first imported dogs were introduced to the Southern California area. These dogs had passed a qualification test in Europe that was analogous to how we expected a police dog to perform. Additionally, the dogs had passed a health examination prior to entry into this country. This new concept enabled agencies to put dogs in service in 4 to 6 weeks with considerably more training then their previous counterparts could accomplish in four months or longer. While this process originated in California it is currently the primary source of service dogs throughout the United States.

Naturally the expansion of a law enforcement tool, especially one that used force, brought fee hungry attorneys out from under their rocks. The initial volume of lawsuits made many risk managers and other agency administrators wondering if the use of dogs in law enforcement was prudent. The 800+ man-hours saved yearly by an efficient police service dog team could be quickly negated with attorney’s fees and potential judgments. A poorly defended case in Florida (Kerr vs. West Palm Beach) caused more apprehension in upper management. In this case the City of West Palm Beach was found liable in a class action suit due to lack of a documented maintenance training program. The flurry of lawsuits lasted more then 10 years. Although several agencies used poor judgment and settled some cases out of court the use of police dogs prevailed in virtually 100% of cases that followed the legal process in our courts. Even our extremely liberal 9th circuit had to give us an outstanding appellate decision that firmly puts the dog in the continuim of force exactly where it belongs. A properly trained and deployed police dog should be considered less force then a PR-24. (Vera Cruz vs. Escondido & David Reaver). Since most plaintiffs were violators, the issue was almost always the level of force used while being arrested.

Currently lawsuits involving police dogs are rare. When the cases are heard the other side will mostly stipulate to training. The reason being the current community standard and P.O.S.T. recommendations allow us to interject volumes of flowery testimony. We never succumbed to the lack of training and follow up training that apparently existed in West Palm Beach.

A frequently asked question is how much training is necessary? To answer this we revert to the often used term “Community standard”. What has generally evolved as the community standard is:

Minimum time allotted for training under this plan.

All persons in your chain of responsibility may be called upon to testify in court on your behalf. Choose them carefully! Our civil rights laws make vicarious liability a distinct possibility!
Once the basic patrol class is in place a dog handler may be training over 300 hours a year. If you are not recording double that in man-hours saved, an evaluation of your program would be in order.

The recommended training hours are just that, a recommendation. The time frame will vary with the intensity of the training and the number of teams present. For example, 3 to 4 teams training intently for 4 hours may find that extending that period may have an adverse affect on dogs that are fatigued.

A community standard can be an evolving affair. Supervisors should monitor events that may affect it. A good service dog program should be revered by everyone affected!