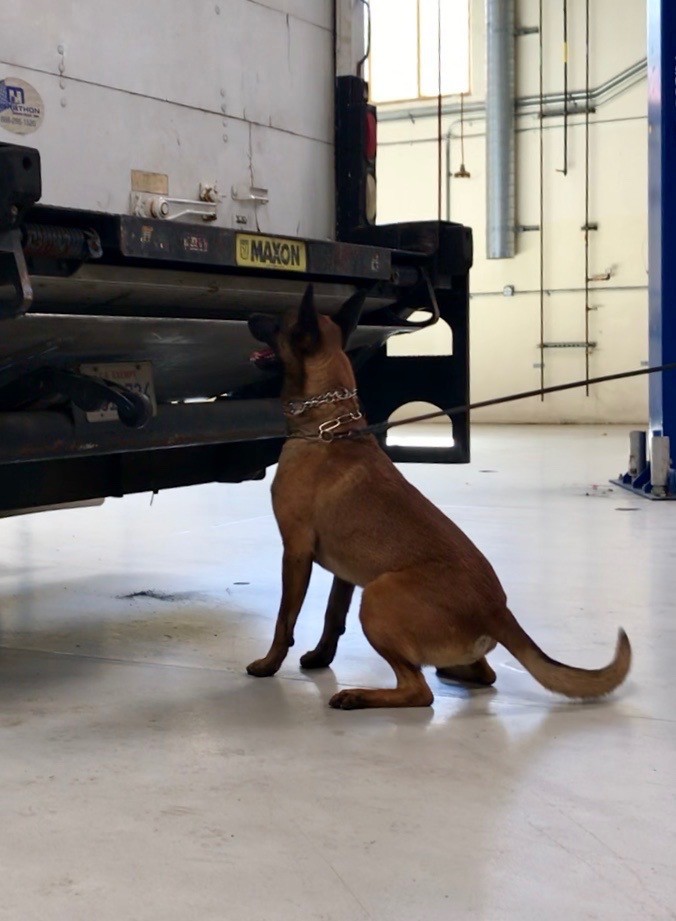 Although there are almost no historical facts on the evolution of the most domesticated animal on earth, much can be assumed by the characteristics of the different breeds. All recognized breeds where originally bred for speciﬁc working qualities, however, we will limit this article to dog breeds used successfully for detection work.

Darwin describes the natural selection process as a species evolving slowly with time to adapt to the environment. Those that adapt evolve to propagate their species, those that do not become extinct. Evolutionary changes can take hundreds or thousands of years to come to fruition.

One huge difference between the natural selection process and selective breeding is the time frame in which rather dramatic changes can be accomplished. Again, we will limit our article to the breeds we use for detection work.

Over a span of only 10 years (ﬁve generations), an outcome of targeted traits can be accomplished through selective breeding.

The domestic dog, or species canine, is scientiﬁcally recognized as being a mutation of the wolf. All of our dog’s behaviors are mutated versions of wolf behavior.

For the most part, selective breeding has weakened physical traits. Most of the skeletal problems and other genetic weaknesses are products of selective breeding. Rarely, if ever are these weaknesses seen in wolves that nature has selectively chosen to propagate the species. One physical trait not lost in selective breeding of our working breeds is the olfactory abilities. The wolf, long before mans intervention, developed an olfactory ability of 1,000,000 times greater than man. Evolution has long ago ﬁnalized this quality. Our working dogs still possess this strength.

We ﬁrst began to monitor canine skeletal problems in the 1950’s, although it was apparent that problems existed long before. In early years if a dog could run 20 km, or was observed hunting or herding for long periods his skeleton was classiﬁed as acceptable. With the introduction of x-rays, a grading system was developed and used to either qualify or disqualify a dog for breeding. In recent years scientiﬁc studies have shown the problem still exists, but is considerably more prevalent in some breeds than others.

The following is a study done in Switzerland between 1991 and 1994, was published in “Fluckiger”, a Swiss dog magazine and in the SV (Ofﬁcial magazine of the German Shepherd Dog Club of Germany).

I have not included all the canine breeds examined, only the ones we use for detection work.

While this study only addresses hips, other skeletal problems tend to follow the same pattern, i.e.: backs, shoulders & elbows. Virtually all-premature retirements, except injuries, can be attributed to skeletal problems.

Interestingly enough, conformation people claim the show ring insures dogs are structured correctly, which means a healthier dog. The only dog listed above not popular in the show ring is the Malinois. In fact most of the Malinois’ used for Police Service are from Holland. They are not registered with a breed organization and are not even eligible to be shown in conformation. They are bred for work only. When breeding for both conformation and working qualities, almost certainly one or the other will be compromised. Since dogs that show well in conformation are considerably more valuable, the obvious choice unfortunately is made.

All detection work is a type of retrieval behavior. Dogs that have compulsion put on that behavior will always perform at a higher level then those that are working only over “play drive”. It is impossible to teach a dog “play”, but not impossible to make them retrieve when trained properly with compulsion. A ﬁrm rule when conditioning or shaping behavior is that the process is not complete until all other behaviors are
eliminated when a certain behavior is demanded. When the proper shaping is in place detection work becomes obedience & retrieving. While this will greatly increase the dog’s abilities to detect and alert on odor it can be quite stressful to a dog.

Again, we have to look to the various breeds and their ability to handle the stress required to be trained with both positive & negative re-enforcement. The German Shepherd and Malinois will top this list as a rule.

The deﬁnition of aptitude is “Innate capacity for something”. (Innate: existing in one from birth: inborn) For our detection dogs we have different ways of measuring & evaluating the aptitude for the work. Most are looking for play drive or retrieve drive with a lot of enthusiasm. This is generally accomplished by throwing an object and observing the dog chase and ultimately searching for the article when it no longer visible.

The exercise starts with the “toy” becoming prey, i.e.: it is thrown and is moving. Even while searching for an article thrown out of sight the dog feels he is looking for hidden prey. When the behavior is consistent and sustained for over 10 minutes, we can then feel comfortable that the subject will be trainable as a detection dog.

The Malinois, from Holland, trained in the K.N.P.V. program, is required to search in a wooded area over 100 meters for an inanimate object, ﬁnd it and guard it until the handler and judge arrive on the scene. Additionally, he is required to guard an article, absent the handler, from an agitator. He cannot leave the article until the agitator attempts to take it, he then bites to protect his article. He must then return to the article without a command when the agitator backs away from it. This can be accomplished with 10 dogs on a ﬁeld, 10 yards apart, each guarding their article. The dog will not leave the article even when a dog less then 10 yards away is biting a suspect, attempting to take their article!

This exercise requires a tremendous amount of training and could not be accomplished without the proper innate behavior. When considering all the elements of a detection dog, we should come to the conclusion that the properly trained Malinois, closely followed by the German Shepherd, stands head and shoulders above all other canine breeds.