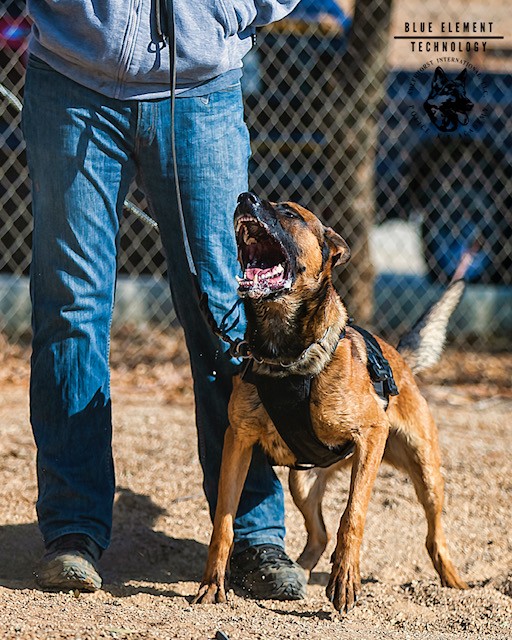 My introduction to training dogs to pass a sport test goes back almost 50 years. Testing an adult dog for sport suitability consists of various assessments primarily aimed at evaluating a dog’s courage. One common denominator in the evaluation is a critical look at the guarding behavior. Guarding requires a far more dominate temperament than just biting! Currently, I deal with hundreds of law enforcement agencies, each with many different testing procedures; seldom do I observe a test for guarding behavior. Even as I watched the KNPV championships, I observed at least half of the 12 best dogs in Holland show a less than optimal guarding behavior. I attribute this trend to the methods used to teach defense aggression. More importantly, there is a lack of an emphasis placed on making the agitator an adversary or an opponent and not just a padded suit running and hiding.

Let us take into consideration how our dog’s initial bite work is conditioned. Basic bite training of a puppy utilizes his innate prey drive. There is a huge difference in our domestic dog’s prey drive and what Mother Nature intended. The prey drive has been mutated to no longer relate to their food chain. As a result, it tends to remain a juvenile behavior, never becoming serious.

Bite training with the domestic dog starts with sacks, jute rolls, puppy sleeves, adult sleeves and progresses to bite suits. These items become an extremely strong “fetish.” Dogs will jump through a fire hoop to bite a sleeve. When a firm bite is in place, an “out” and a “guarding behavior” is introduced. Initially, this is accomplished by the handler using various collars and differing lengths of leashes. In most training environments, police and sport, the handler is the primary source of the behavior modification relating to control. Frequently an electronic collar is introduced at this stage. The use of the e collar can be a tremendous asset when applying negative reinforcement. On the negative side it is inanimate, the source of the correction is not nearly as meaningful as one applied by the handler, (defense submission), or a skilled agitator (defense aggression).

Unfortunately, the primary, and often the only, prey target continues to be suits and sleeves. The skill, agility and fitness of the person using the equipment can increase a dog’s drive; ultimately making the dog work harder to get at the target, but an important element is still missing. Coupling muzzle work and increased difficulty to “earn” a bite, the dog ultimately can view the human as an additional prey item. However, the difference between “prey” and “adversary” or “opponent” is pronounced, especially in those formative training days prior to the first real apprehension.

So, how do we condition a dog to view our agitators as opponents? In some cases, hard dogs come by the behavior naturally, but most have to learn it. Some learn it by experience in the field. However, if we imprint this in training, as well as testing for it in procurement, our success rate will increase dramatically.

A proven technique is to introduce the agitator as a behavior modifier. In this role, the skilled and knowledgeable agitator will enforce previously learned behaviors with a level of force.

What goes on in a dog’s mind when he is given a command to release coupled with a meaningful correction from the agitator? Anthropomorphism could lead a handler to perceive this as confusing to the dog. If presented properly, and the dog is suitable for our job, it is not at all confusing.